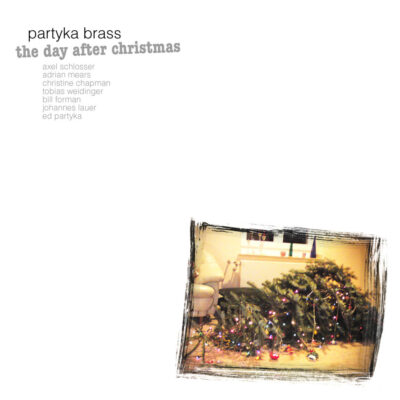 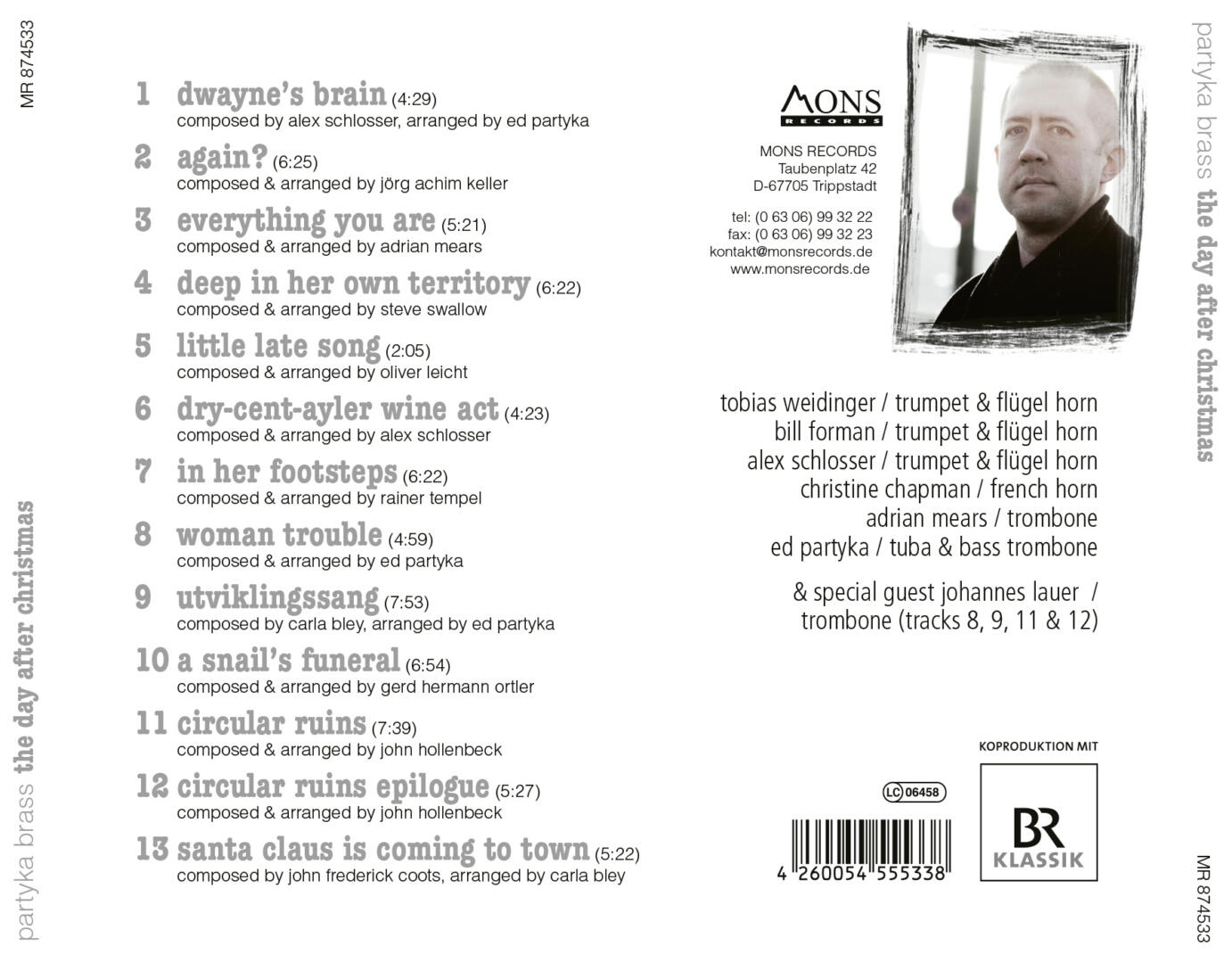 Hier erhältlich!
Available here!
“Between the years” is the name given to the period that follows on the heels of the Christmas festivities, even before the New Year’s Eve fireworks once again cast a glow on the wintry darkness. And even if this term is not found in any dictionary, it is still generally valid. Everyone immediately associates a very special feeling with this time.

All presents are unwrapped, the excited anticipation is over. The relatives and friends have gone home, the children are bored with their new toys, and the radio still plays a Christmas song from time to time, almost bashfully.

A subtle melancholy, a feeling of bitter sweetness, a slight wistfulness that lets faded joys still shimmer through, a brief pause before the powerful departure into the new year.

Exactly this emotional melange sticks as essence to all compositions of this production, says Ed Partyka about “The Day After Christmas”. And if you know that Partyka Brass, the quintet around Ed Partyka, was formed at the instigation of Carla Bley and Steve Swallow for the tour and later recording of “Carla’s Christmas Carols” and with “The Day After Christmas” it finds its continuation, so to speak, then the naming is more than logical. Also, or just because, the compositions and their interpretation by the exceptional quintet around Ed Partyka are anything but Christmasy and work expressly independent of the seasons!

Well – and besides, the name then also serves as the best alibi to publish Carla Bley’s wonderful arrangement of “Santa Claus Is Coming To Town” after all, as Ed Partyka reveals with a (quite un-Christmasy) wink …