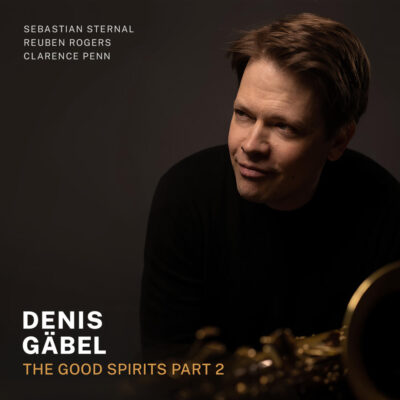 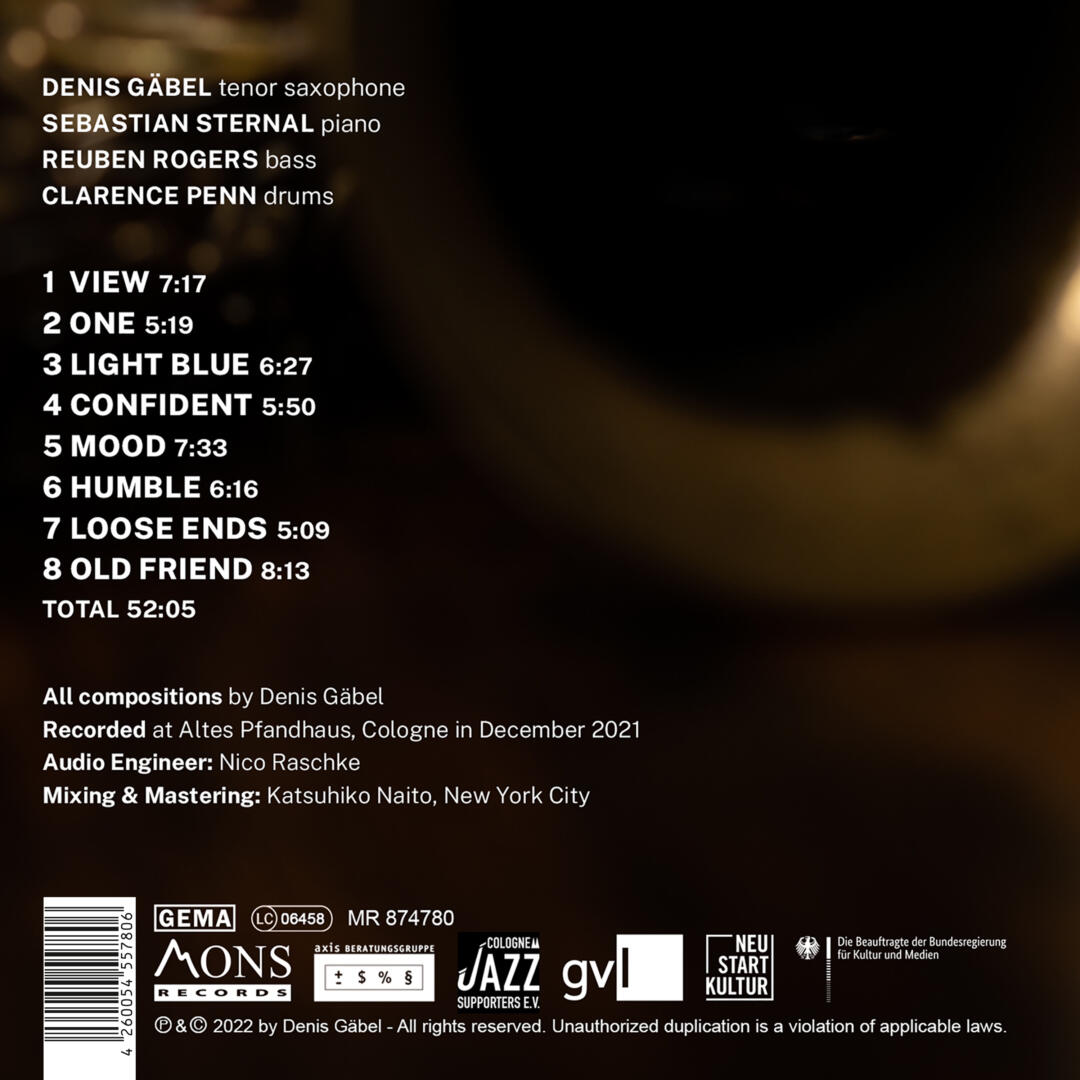 Hot on the heals of his “Mingus Sessions” album released earlier this year, Denis Gäbel returns with his latest album, “The Good Spirits – Part 2”, scheduled for release on 21.10.2022 via German jazz label, Mons Records.

As the name implies, the album is a follow-up for his 2018 album “The Good Spirits also released by Mons Records. The album features a transatlantic line up with German pianist Sebastian Sternal and USA based bassist Reuben Rogers and Clarence Penn on drums. Speaking about the line-up on the album Denis explained “This line-up first came together for a 2019 tour to perform the music from my last album. We were on the road for 14 days and the chemistry on and behind the stage was just right from the start. I loved how passionately, intensively and yet at the same time relaxed everyone dealt with the music. We developed a real ‘band” feeling within a very short time – created by these “good spirits”.

The recording location was the concert hall at the “Altes Pfandhaus”, Cologne’s iconic jazz venue. Speaking to the choice of location Denis explained “…for the recording, I wanted to have an atmosphere that was as close to live as possible. The room at the “Altes Pfandhaus” was great there with the help of our audio engineers Nico Raschke we were able to capture exactly that live feel but in a controlled environment. The album was mixed and mastered by the wonderful Katsuhiko Naito in New York, who also made the first album.”

The album opens with “View” and set’s the tone beautifully for the album. This tracks somewhat mysterious intro leads to an uptempo 6/4 groove held down spectacularly by Penn and Rogers providing a solid base for both Gäbel and Sternal to stretch out over the model harmony. The following track titled “One” continues with the same energy where the previous track left off. “One” is a masterpiece in collective improvisation and demonstrates the intense interaction between these 4 players.

Based on the chord changes to Dizzy Gillespie’s “Groovin High”, “Light Blue” features an angular neo-bop theme with a Monkish flavour. In Denis’ own words, this track is “A classic blowing tune”, and that it is. You’ll hear excellent solo contributions from Gäbel, Sternal and bassist Reuben Rogers and of course 4’s with Clarence Penn.

The following track titled “confident” exudes exactly what the title says, as the band navigates this funk groove. Based around two 4/4 bars interspersed with a 7/4 bar, the rhythm section lays down a solid feel for Gäbel to weave solo magic over. Of particular note is the impressive linear solo from pianist Sebastian Sternal. With it’s rubato sax into “Mood” slows down the pace. Denis wrote this tune in one sitting. “I had the basic idea while sitting at the piano and wanted to write a kind of classic jazz ballad” explained Denis. The tracks atmosphere is ethereal and at times impressionistic with both Gäbel and Sternal’s sparsely populated solos adding to the attmosphere.

“Humble” is a medium swing tune that according to Denis looks at dealing with variations on the classic II-V-I chord progression. Denis said “I had played around with it a little on the piano and suddenly came up with this simple melody. I wanted to create a happy and pleasant atmosphere but when the song was finished, I was concerned for a moment that it might be too simple. That’s a typical jazz musician’s consideration, which I then threw overboard. I love the way Reuben plays the opening theme.”

“Loose Ends” is an up-tempo powerhouse swinger that is reminiscent of those great “Young Lion” releases of the 90’s. Denis described this as a “… playground to really step on the gas.” and this is just what the band do. The groove is relentless and both Gäbel and Sternal contribute amazing solo’s. Closing out the album is “Old Friend” a quiet and melancholy track that pervades lyricism, introspection and a tinge of nostalgia. While it may seem like a strange choice to close with, Denis explained “I wanted that warm, soulful vibe for the close of the album. Here I would like to highlight the solo Sebastian Sternal, which turned out to be even greater in the studio than I had imagined when composing it.”

This album is somewhat different stylistically to the first Good Spirits album. Denis commented “My arrangements on the previous album were a bit denser and a lot more had been planned in advance in terms of the processes, tempos and grooves. Of course that had something to do with the tighter schedule, but maybe also with the way I composed and conceptualized at the time. I think I’ve evolved here.” He also added “the respective musicians make a big difference. On “The Good Spirits Part 2” Sebastian, Reuben and Clarence shape the music in their own way from the first to the last second. The compositions contain certain guidelines in terms of form, melody and harmony. But it was important to me to just let it run. I wanted to develop the pieces together and capture as many impulses from the band as possible. The three are just so strong and at the same time attentive musicians that you don’t really have to say anything. It was really exciting and some songs went in a completely different direction than I might have initially imagined.”

Any way you look at it, The Good Spirits – Part 2 is a great album and documents a band that is totally in sync with each other and characterized by intense musical interaction between the players.

The Good Spirits – Part 2 will be released on CD and all digital streaming platforms on 21.10.2022