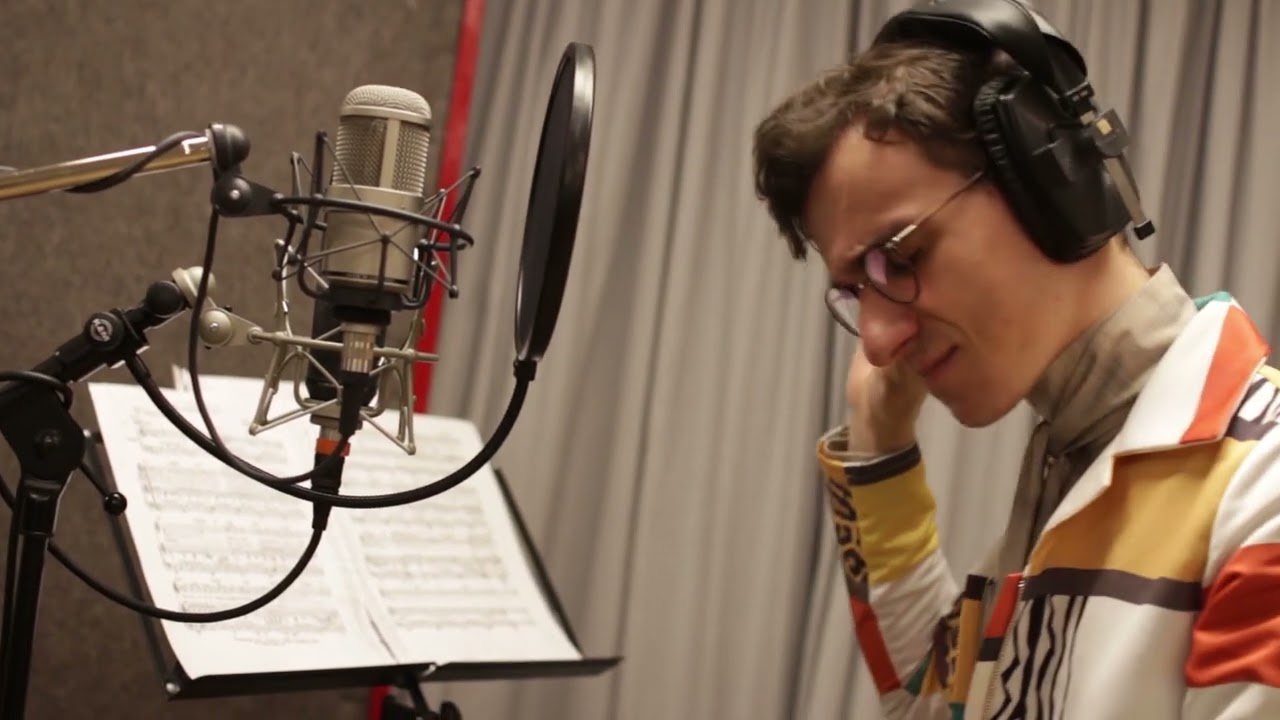 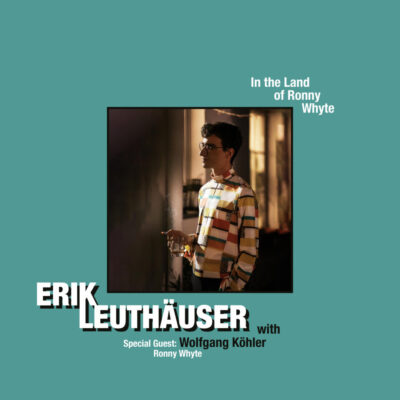 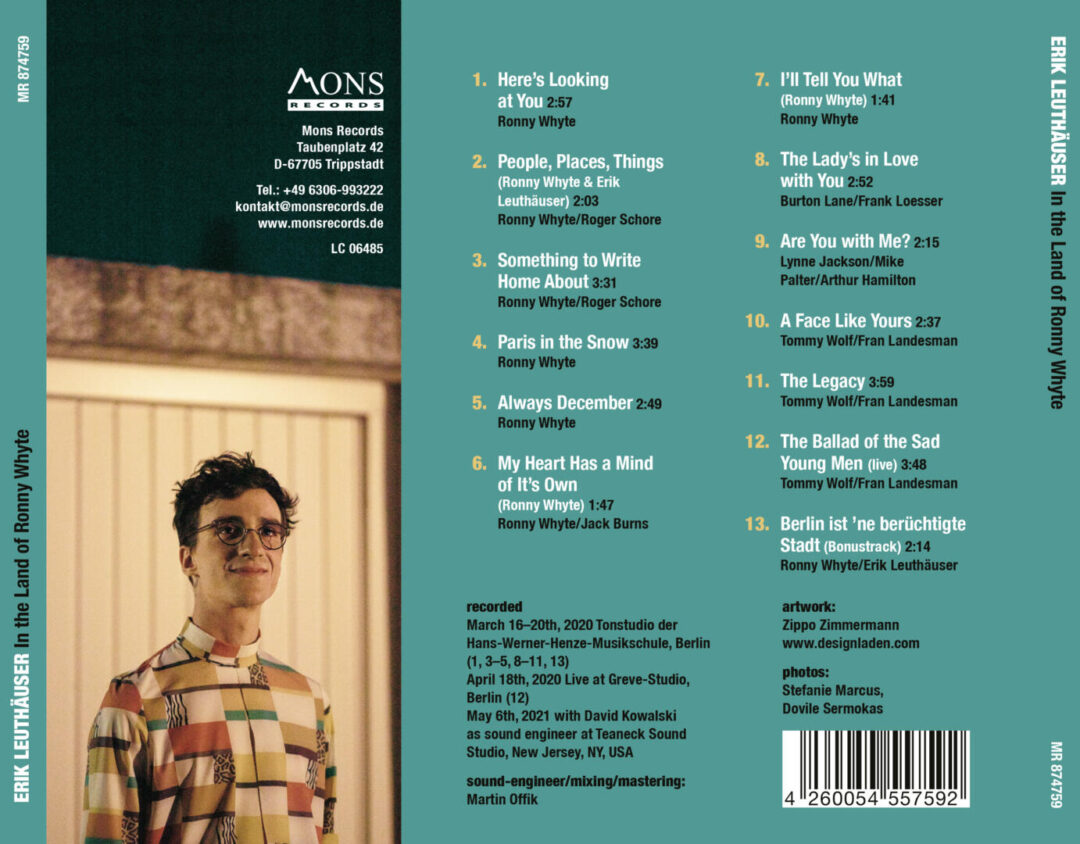 German vocalist Erik Leuthäuser has been described as a unicorn in the jazz scene. Based in Berlin, Erik has gained a strong reputation for his interpretations of repertoire from the Great American Songbook and in particular his series of Albums’ that focus in on the works of specific composers.

His current release titled “In the land of Kent Carlson, a songwriter from Los Angeles currently living in Germany, and his 2020 release “In the Land of Irene Kral and Alan Broadbent” that explores one of the great piano-voice partnerships in jazz and his 2020 release have all added to Erik’s growing fan base.

Continuing with this concept, on 22.7.2022, Erik will release his new album, once again on Mons Records, titled “In the land of Ronny Whyte”.

American Pianist/Composer Ronny Whyte is a stalwart on the New York scene, and while his name may not be on the tip of everyone’s tongue, Whyte is an ASCAP Award-winning songwriter. His lyric “Forget the Woman” was recorded by Tony Bennett and his music for “The Party Upstairs” won the MAC Award for Best Song of 2006. In addition he has recorded eleven CDs for Audiophile label and it’s through these recordings that Erik first learned about Ronny and conceived the idea to record this album as a tribute. “His songwriting,” says Erik, “has humor, beauty; it’s timeless. Some of his songs could be jazz standards.”

With this in mind Erik and his long time pianist Wolfgang Köhler began work on selecting the repertoire. In 2021, Erik and Wolfgang spent two weeks with Whyte at his Pennsylvania and New Jersey homes and it was during that time, the album was recorded. in fact the album also includes an appearance by Ronny himself.

The music on the album is rooted firmly in the jazz-cabaret tradition and unlike his previous albums, this album is a studio recording providing a more intimate atmosphere than the previous live recordings. Having worked together now for many years both Köhler and Leuthäuser are able to fully anticipate where each each player is going and on this recording the two have taken this sense of simpatico to a new level. It’s simply not a vocal album with piano accompaniment but rather two players in conversation with each other.

The album includes two of Whyte’s compositions where the composer makes an appearance, the first is “People, Places, Things” performed by both Erik and Ronny and the second, “My Heart Has a Mind of Its Own,” a composition by Whyte with a setting of a lyric by his late husband, Jack Burns. This latter piece is performed solely by Ronny Whyte.

One of Erik’s strengths is the ability to find material that is a little off the beaten track such as the songs by Tommy Wolf, best known in the jazz world as the composer of “Spring can really hang you up the most”. On this recording Erik takes a look at some of his lessor known songs such as “The Ballad Of The Sad Young Men’, “A Face Like Yours” and “The Legacy”, all songs Wolf wrote together with lyricist and poet, Fran Landesman.

The album includes two standards that have been signature songs in Whyte’s repertoire, “The Lady’s In Love With You” that Whyte recorded on his 2001 album “Thanks for the Memory” and “Are You With Me” from the 1994 album “Soft Whyte”. On this album, Leuthäuser takes the first of the above two songs as an up-tempo swinger while the second, largely as a rubato ballad.

The album closes with “Berlin Ist ‘ne Berüchtigte Stadt” a song written by Leuthäuser and Whyte. Fitting snugly into the 1930’s Berlin cabaret style, this song brings the album full circle and is the perfect closer for this wonderful dedication to the work of Ronny Whyte. In his own words Erik added “Ronny was very open with me and shared so many stories. I am very happy with how the record turned out. It’s my personal dedication to the great Ronny.”