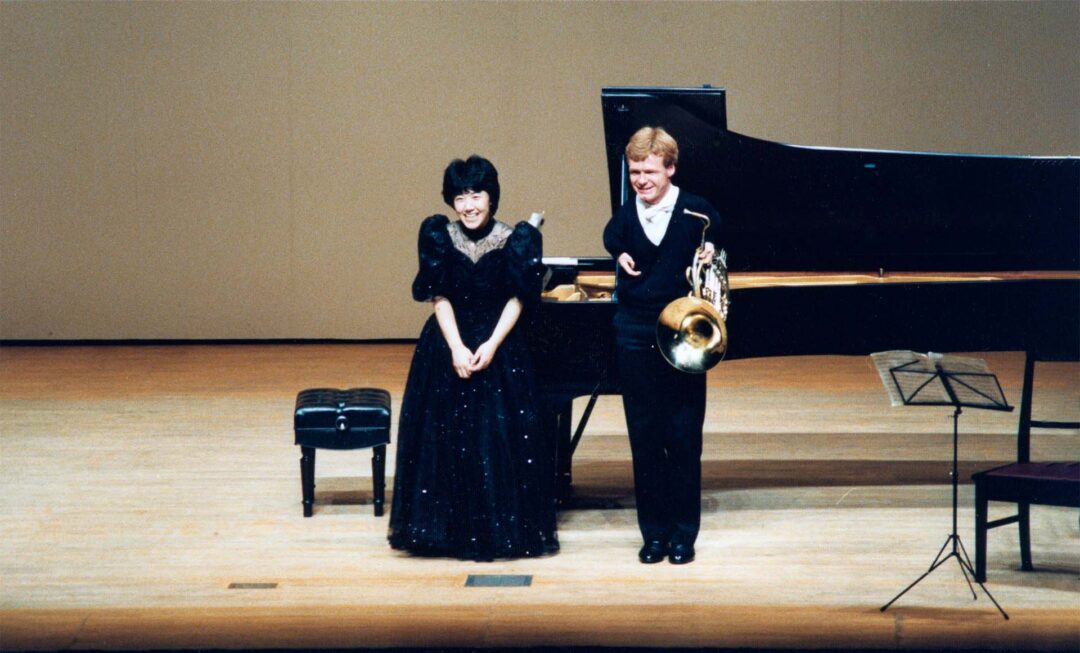 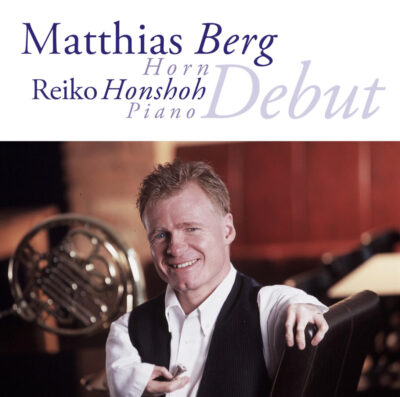 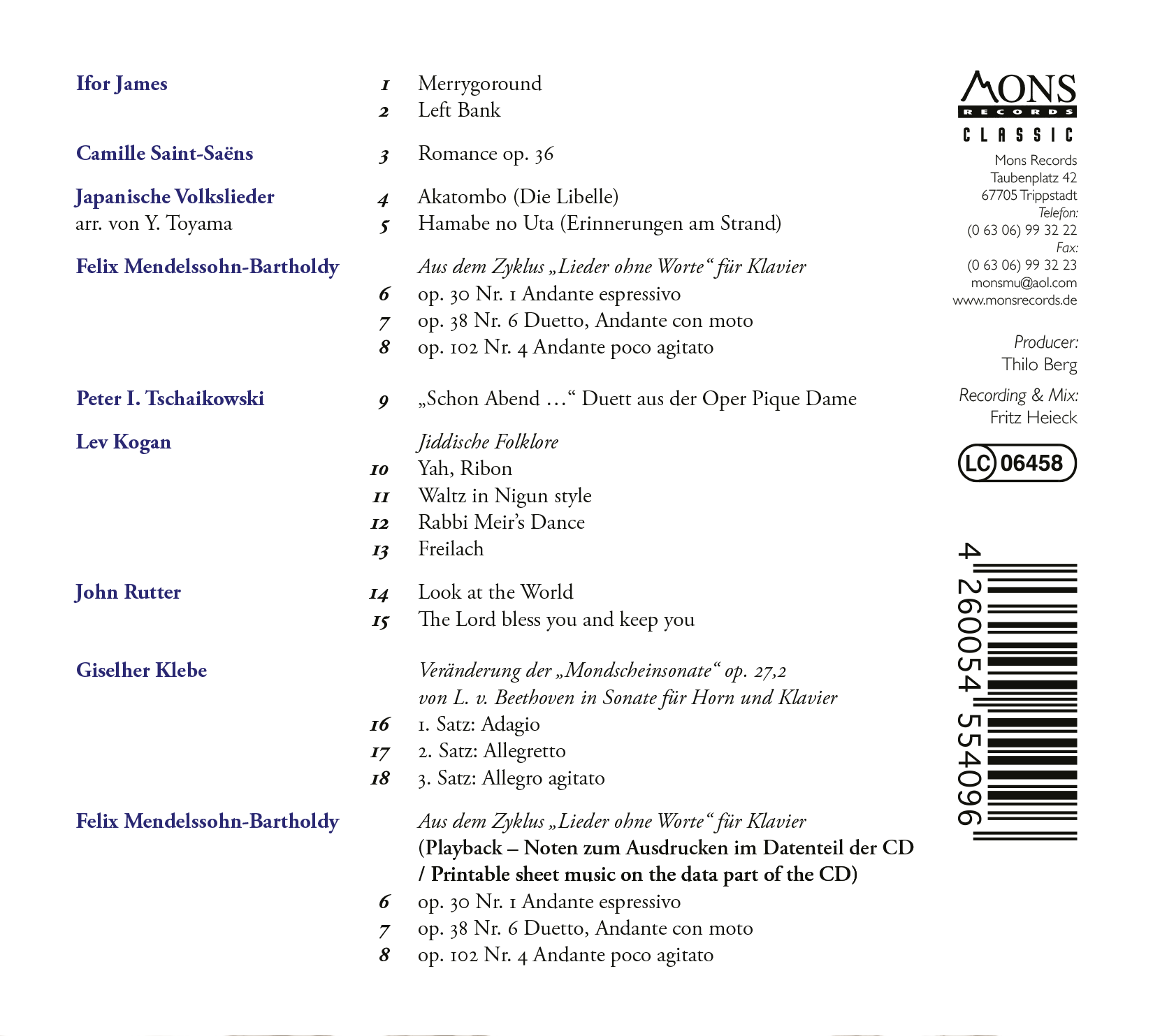 The life of Matthias Berg (*1961) revolves around the triangle of music, law and sports. In all three interests he has developed his talent to outstanding levels. Quoting Mr. Berg: “That’s what happens when you combine humour, determination, enthusiasm and a Thalidomid disability”.

At the age of 7 Matthias Berg switched from hunting horn to French horn. His father gave him his first lessons before he began to study as junior student at the College of Music in Freiburg. From 1975 to 1981 he received a scholarship from the Heinrich Strobel Foundation, the talent promotion from the Südwestfunk (German Broadcasting company). He participated four times in the Jugend Musiziert youth competitions and each time achieved one of the top placements at the national level, in 1981 he won first prize.

Since 1981 he studied French horn with Professor Ifor James at the College of Music in Freiburg and parallel studied law at the University of Freiburg, completing both degrees successfully. At the 1986 International French Horn Competition in Toulon France he won the Special Classical Prize (Prix Spéciale de Classique). From 1984 to 1989 he played principal French horn with the orchestra Musik der Jahrhunderte (Music of the Centuries) under the direction of Manfred Schreier.

In 1991 Mr. Berg was presented the Advancement Award of the ­Oberrhein Economic Council, to honour his outstanding musical and sportive achievements. He has attended ­music master courses taught by Hermann Baumann, Michael Höltzel, Peter Damm and others. He himself is now an instructor at national and international master courses.

Matthias Berg is regarded as one of the most successful disabled athletes in the disciplines track & field and alpine ski racing. Between 1980 and 1994 at Paralympics and World Championships he won the total of 11 gold, 10 silver and 6 bronze medals. During the same time period he was a German champion 39 times in various competitions.

Because of his personal conviction he switched sides from athlete to official representative for disabled sports in national and international committees. He is a licensed attorney and works as a senior administration manager and vice county commissioner for the county of Esslingen.

Reiko Honshoh, a pianist from Tokyo, studied at the Toho School of Music (Japan) and graduated with the highest honours. Afterwards she went to Europe to attend master classes at the Colleges of Music in Leipzig and Vienna with professors J. Date, H. Nakamura, J. Dichter and J. Fischer.

Reiko Honshoh is one of the leading pianists in Japan. Her career spans over more than 40 years as a member of the world renown NHK ­Symphony Orchestra in Tokyo, with whom she has performed a multitude of piano concertos. Mrs. Honshoh’s appearances have been conducted by I. Stravinsky, H. v. Karajan, D. Kabalewski, W. Sawallisch und S. Ozawa, to name just a few. She has played with not only the leading orchestras of Japan but also world-famous orchestras such as the Berlin Philharmonic and the Vienna Philharmonic during their Japan tour.

Chamber music is a particular emphasis in the artistic craft of Mrs. Honshoh. Being one of the most demanded piano accompanists, she has appeared worldwide with the leading instrumentalists. She has received numerous awards for her outstanding artistic abilities and the list of radio, television, record and CD productions to which she has contributed her piano talent is endless.

In the world of music Reiko Honshoh is highly recognized for her gifted skills, she is at ease with all styles of music literature, from baroque to contemporary music.