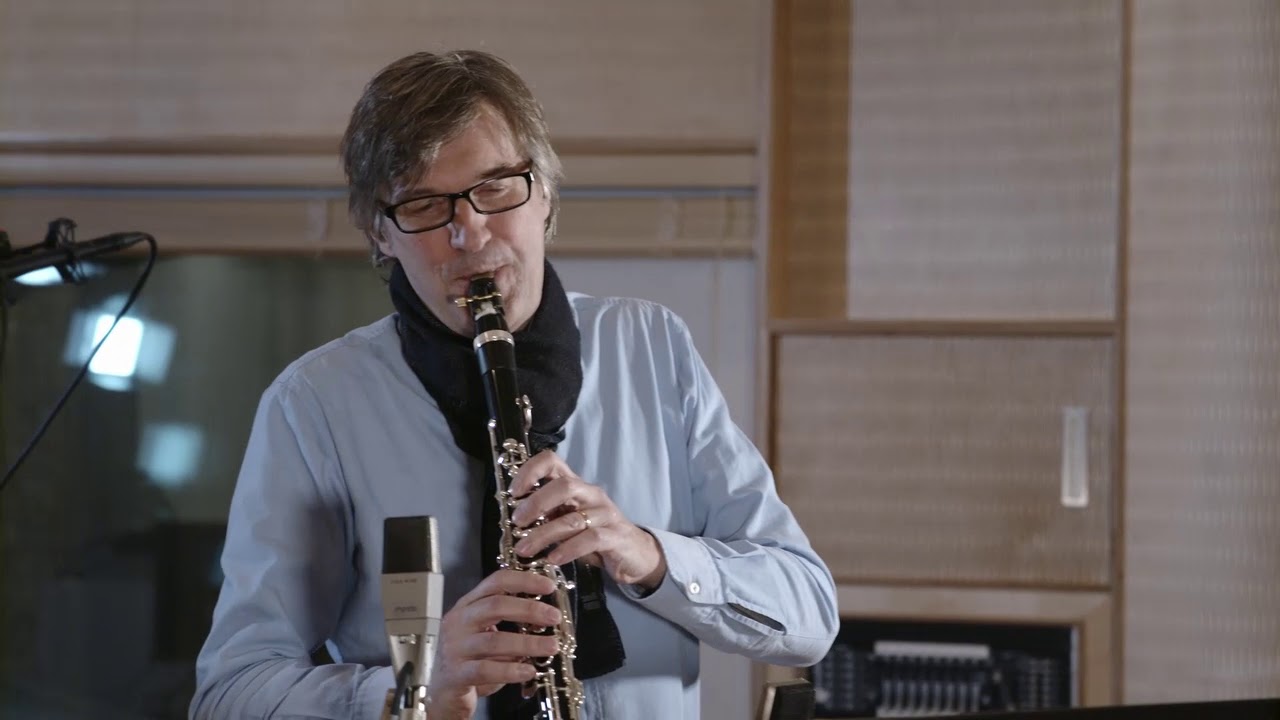 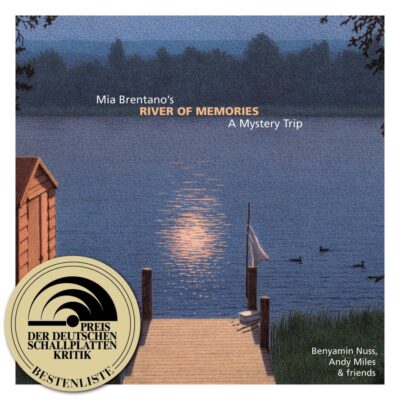 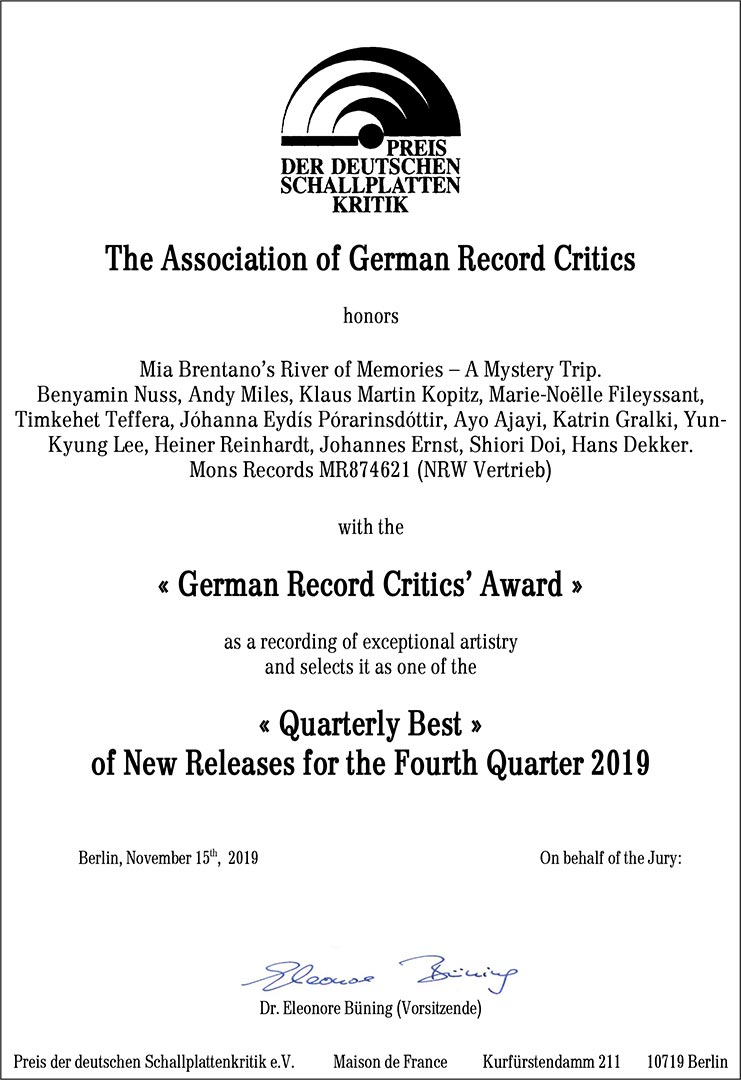 Mia Brentano’s Hidden Sea. 20 songs for 2 pianos. That’s the title of a CD released in 2018 by a hitherto unknown newcomer, containing works made available for the first time. The album was surprisingly successful, and in the USA, the classic magazine Fanfare rated it as one of the best albums of the year. The catchy music from the “no-man’s-land between classical, jazz, pop and minimal music” seems to have struck a chord, especially as it was played by two wonderful young pianists who could easily handle the virtuoso pieces.

Now the follow-up project is available: Mia Brentano’s River of Memories. A Mystery Trip. It’s a tribute to those writers and filmmakers who “removed the boundaries between dreams and reality”. The concept of boundless music is also significantly expanded; this can be recognised in the larger number of participants, as well as by the inclusion of elements from electronic music and experimental audio drama. The focus is on three longer and quite advanced pieces which were created in the Studio for Electroacoustic Music at the Berlin Academy of Arts. It includes “Die Stille des verlassenen Raumes” (The Silence of the Deserted Space), which won the Hanns Eisler Prize, and an award from the WDR Cologne Forum for Young Composers.

These ambitious works are framed by dreamlike melancholy pieces which are also inspired by pop and jazz. In addition, some of the great classical composers are present in a mysterious way. Or maybe not? The final track is allusively titled “Brahms Is Sleeping”.

Mia Brentano opens up a very individual, very personal cosmos for us here, even more so than on her first CD. Her music is very entertaining, very diverse, but nevertheless unique. Just listen for yourself – there is nothing like it.

„This is the most moving new album I’ve heard in some time … Listeners to Mia Brentano’s Hidden Sea, written for two pianos, may be completely blindsided by the variety and experimentation of River of Memories. It is indeed an album of Beethoven-like range … Liszt and Wagner in their day were said to have created the music of the future. Mia Brentano, if other composers would only listen and learn, probably is the future. 5 Stars – New Music Extraordinaire.“