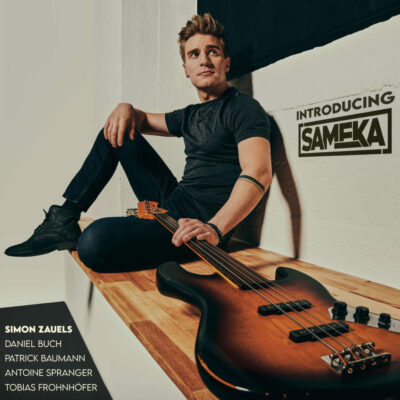 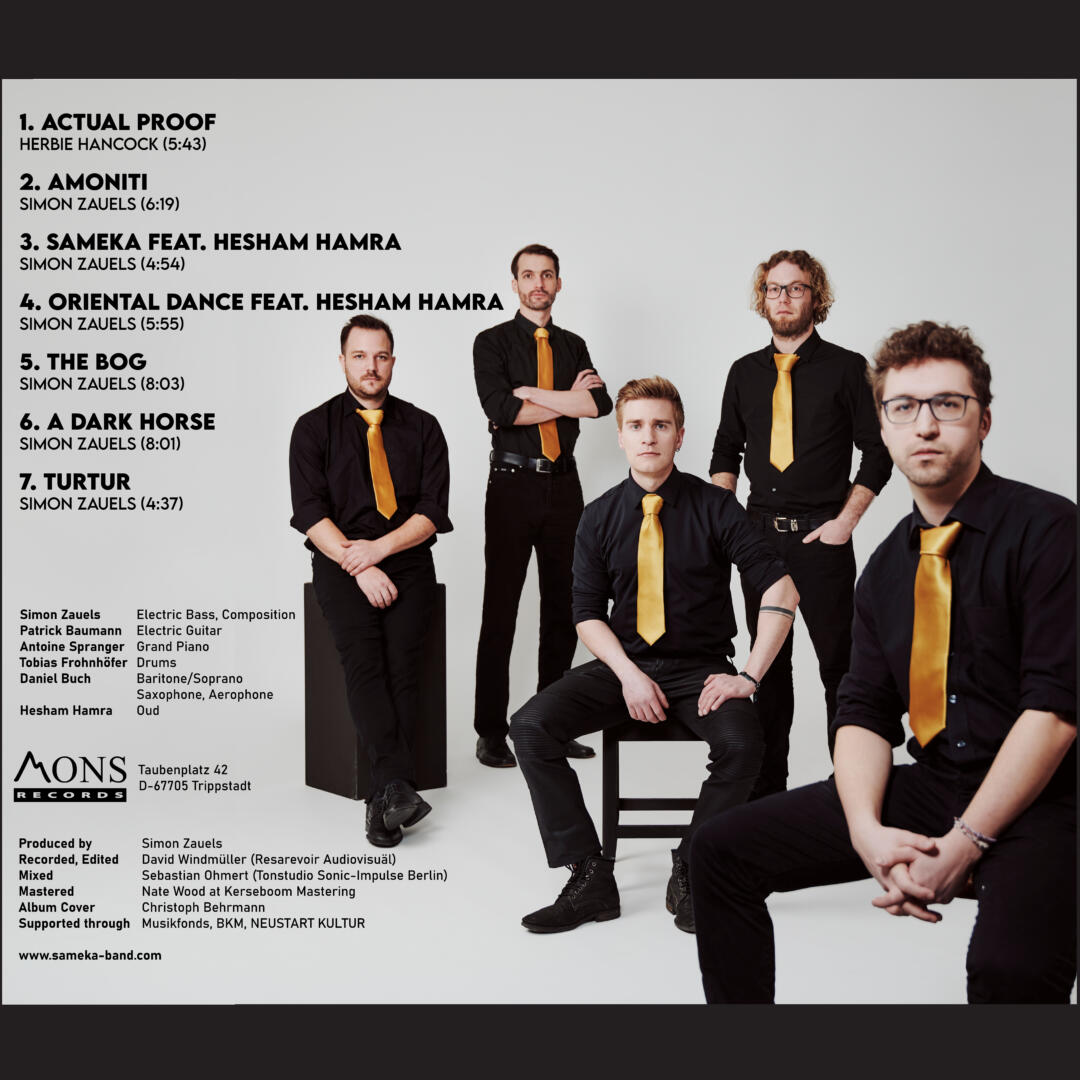 Upcoming Debutalbum from SAMEKA, German jazz-rock band which sets focus on complex rhythms, pulsating riffs and unison lines refined with oriental interjections. All tracks composed by band-leader Simon Zauels who was recently featured in the German bass magazine BASS PROFESSOR talking about his upcoming album and/ oder who has already played on festvials like “Jazzopen” Stuttgart or “Sharq Taronalari” in Uzbekistan, one of the biggest musicfestivals in central asia. Album title: Introducing SAMEKA.

Actual Proof: The album starts with the first single Actual Proof, a cover by Herbie Hancock, to get the peoples intention before going right into original compositions all written and arranged by the bassplayer and band-leader Simon Zauels.

Sameka: Second single from the Band SAMEKA, presenting the track which is equal to the bands name. It features the oud player Hesham Hamra and is characterized by extreme contrasts, which alternate between quiet, delicate passages and hard riffs.

The ideas for the compositions usually start with a bass line on which I then build and develop everything else, melody, harmony, etc.. Odd-meters, complex rhythms, superimposed melodies and unison lines are the musical focus of the compositions. In addition, there is a lot of improvisation and each musician is featured solo at least twice on the CD.

All pieces are virtually finished composed and notated before I send the sheet music to the musicians. In the band rehearsals that follow, of course, some things are changed and rearranged.

The idea with Hesham Hamra to feature him as a guest came to me to add another color to the music.