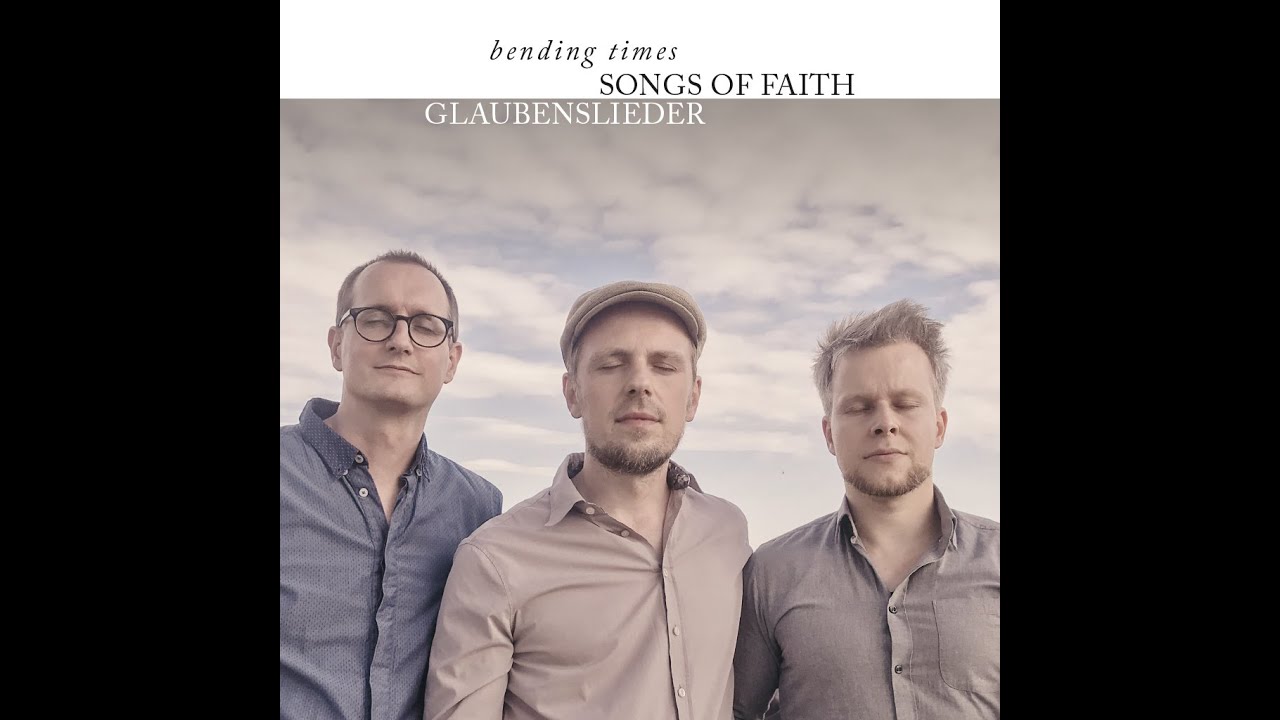 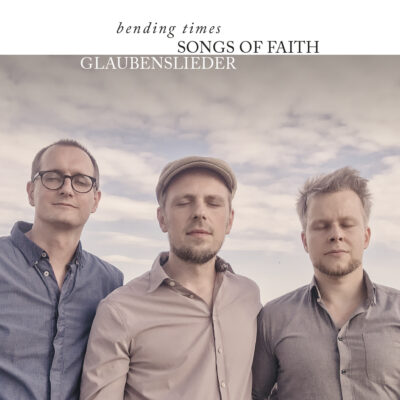 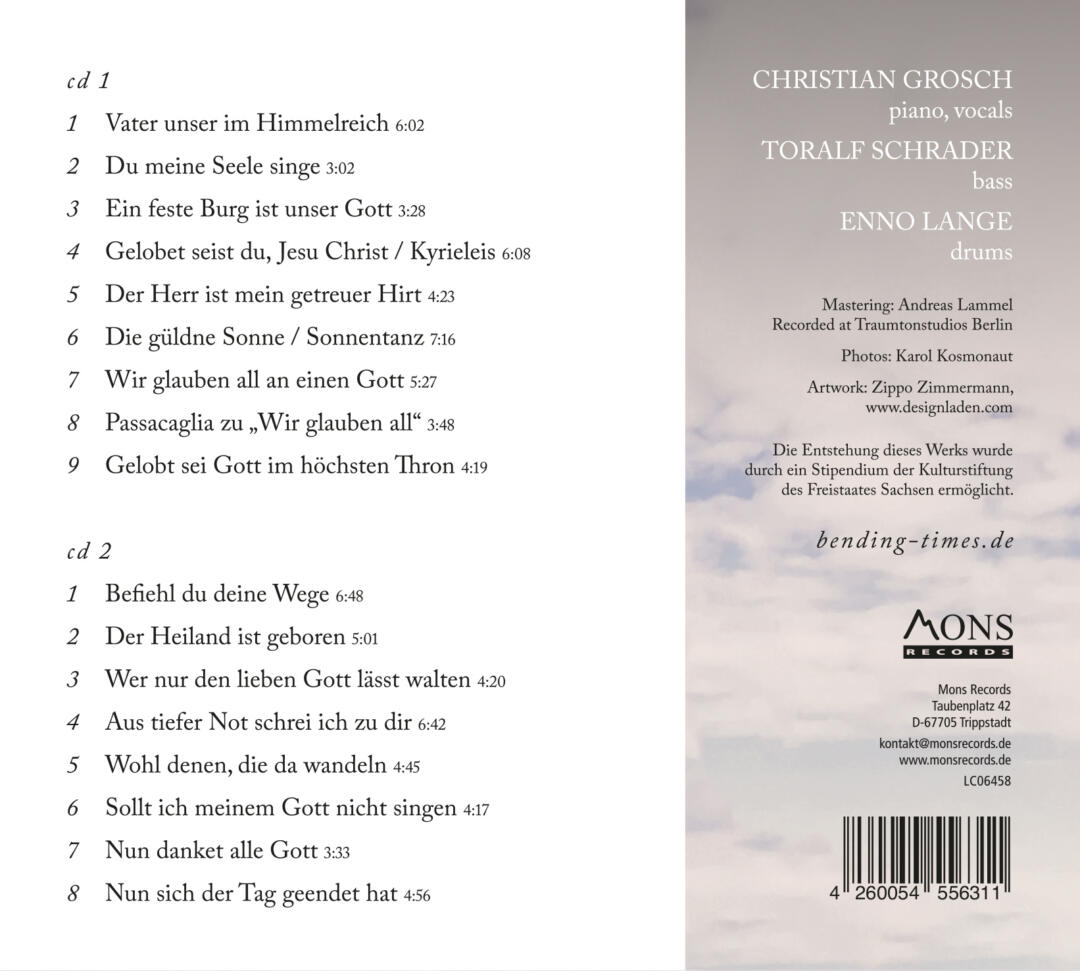 Couldn’t you choose a better time to produce a CD? Did it have to be in the middle of a pandemic? In answer: There can hardly be a more fitting time for the album “SONGS OF FAITH – Glaubenslieder”, Bending Times’ presentation of arrangements and compositions based on chorales which, for centuries, have given solace and encouragement to countless people throughout every imaginable crisis. Lines like “He will find paths your feet can follow” or “who freely helps us in this time of need that has befallen us” have a special echo in these insecure times. Bending Times responds to the chorales with inspired musicianship. The listener discerns the rich experience this trio has gained playing together, along with their special affinity for these musical treasures.

Christian Grosch (piano), Toralf Schrader (bass) and Enno Lange (drums) founded Bending Times in Dresden, Germany, in 2010, as graduates of the Carl Maria von Weber Conservatory in that city. Their debut album “MAGDALA” with compositions by Christian Grosch was released in 2012 on their own label (www.bending-times.de). Shortly thereafter, with their programme “Songs and Chorales”, they devoted themselves to traditional chorales from the 14th to the 17th centuries, especially those of the renowned hymn writer Paul Gerhardt. In 2016 Christian Grosch composed a jazz version of Mozart’s Requiem for Bending Times and choir, giving a debut performance on World Refugee Day in Prenzlau in the same year, dedicated to the victims of war and expulsion. In the following year, to commemorate the 500th anniversary of the Reformation in 2017, the trio presented its programme LUTHER=JAZZ with music to texts and songs by Martin Luther.

Over the years the three musicians have continually deepened their relationship to chorales, branching out into an ever-richer variety of musical styles while staying true to their distinct trio sound. Pianist and composer Christian Grosch’s loving treatment of the old melodies gives rise to music filled with lively energy, spiritual depth and musical humour.

This sensitivity for choral music was all but laid in Grosch’s cradle. His father Hartmut Grosch served enthusiastically as a church musician. His son Christian, along with his music lessons, took part in every musical group in his congregation, playing a variety of instruments. Preceding his study of jazz piano, he completed his studies of church music in Halle/Saale (Germany) and Göteborg (Sweden), majoring in organ, piano and conducting. He regards the unique opportunity to combine his musical roots with his passion for jazz in recording “SONGS OF FAITH” as a “great gift”.

Christian Grosch on piano, Toralf Schrader on double bass and Enno Lange on drums form a congenial trio, exchanging musical ideas and inspiring each other to produce intricate grooves and glowing melodies. Together, they create a vast universe of free-breathing improvisation, sometimes brightly sparkling, sometimes deathly dark. The 16 musical monuments, as the chorales on the double CD can be fittingly named, capture and amaze the listener’s attention. As a companion of the instruments, Christian Grosch’s voice suddenly emerges, first in the style of the Renaissance, then in singer-songwriter attitude and finally in the tender, breathy tones of a jazz whisper. With the last track of the album, Bending Times completely spans the bridge to the present. The text of the old chorale by Adam Krieger and Johann F. Herzog bursts forth in a new melody by Christian Grosch. Much more could be said about this distinctive album, but to close with a beautiful biblical saying: “Those with ears to hear, let them hear!”