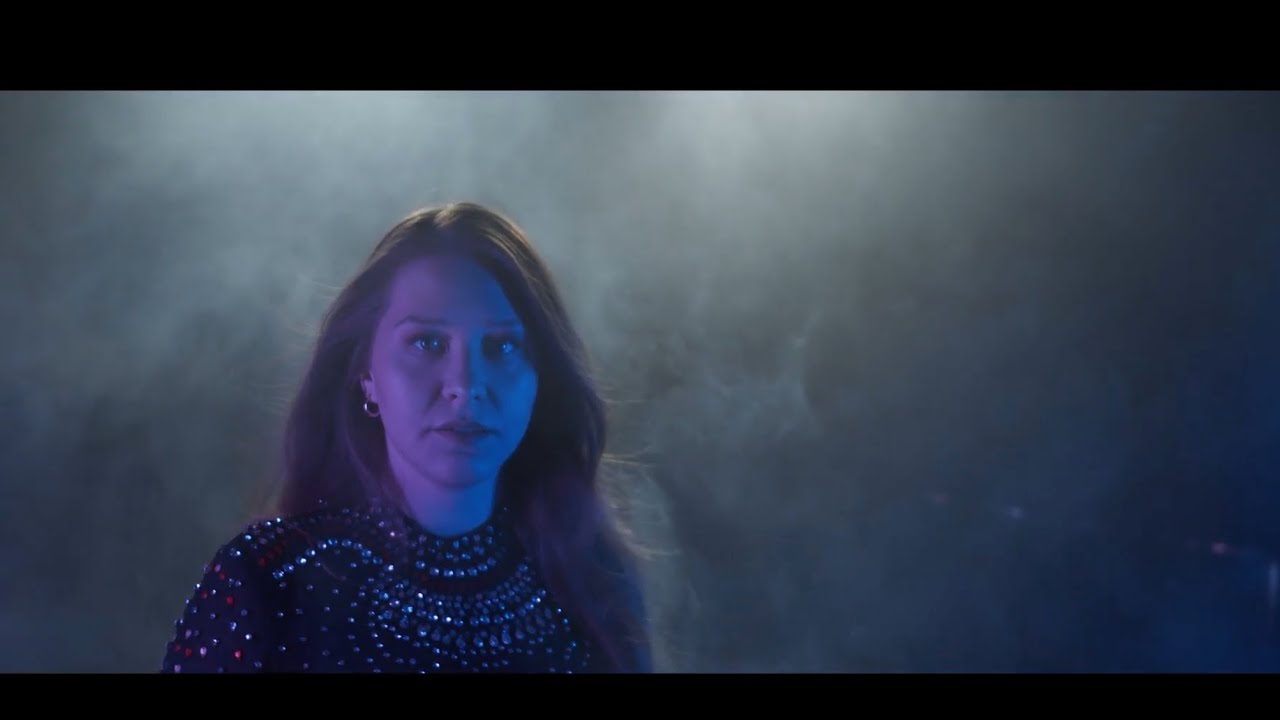 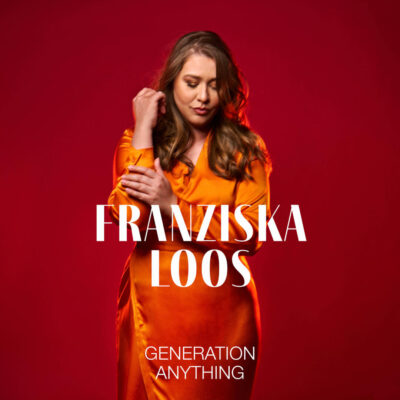 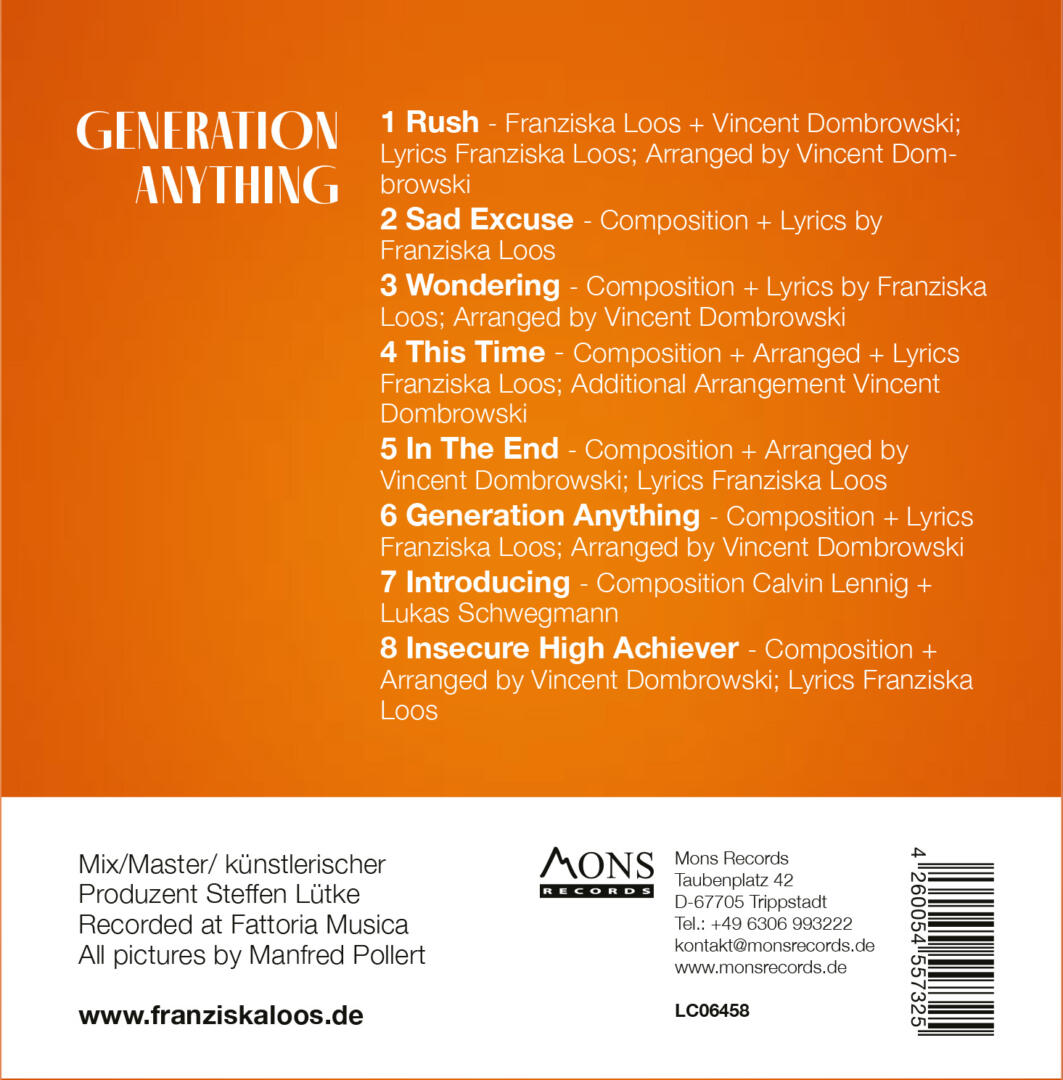 Available here!
Hier erhältlich!
German vocalist Franziska Loos makes a highly impressive debut with the release of “Generation Anything”, her first album as a leader. Due for release on 16.9.2022 via German label Mons Records, “Generation Anything” is a collection of seven original songs – five of which composed by Loos with arrangements collaboratively written by Franziska and saxophonist Vincent Dombrowski. Joining Loos on the album is an eight piece band consisting of a rhythm section comprised of bass, drums and vibraphone along with a 5 piece horn section of two saxophones, two trumpets and trombone.

Stylistically the album is firmly rooted in the modern jazz tradition however channels influences from many genres in a highly creative way that converge to create something original. From a lyrical perspective there is no doubt that the material on the album contains a strong social comment yet, unlike many albums that claim this space, Franziska leaves no holes barred in delivering her thoughts. The lyrics are dark, poetic, cutting, poignant, direct and yet the message is in no way negative. When speaking about the compositions Franziska explained, “I know the lyrics are bit on the nose. I mean, if you look at most of the standard repertoire it’s all about love, birds, flowers and ladida, but that’s not what I wanted to sing about, I did enough of that at school. I want to talk about things that are relevant today, I know it won’t be everyone’s cup of tea but it’s me.”

The album opens with “Rush”, a song that asks the question “why should you rush at all when no one’s waiting for you anyway?” The track is based around a Hip Hop infused groove with a sparse but highly effective horn arrangement that opens out providing room for Christopher Olesch to provide a compelling vibraphone solo. Equally interesting is the trombone solo from Ken Dombrowski. The vocal performance on this track lets the listener know that they are not listening to just another vocalist but rather something new and quite special.

The following track, at just a few seconds over two minutes, is the shortest track on the album but possibly one of the more memorable ones. Titled “Sad Excuse”, the meaning behind this track needs very little explanation. The song is couched over a minimal instrumentation with a single motif played on bass clarinet, subtle harmonic content from the vibraphone and punctuated by effective percussion hits. Franziska states that the song is a message to “…mediocre people in decision-making positions”. With some specific references within the lyrics it’s clear which “sad excuse for a human” she talking about. Loos went on to say, “… At the time I wrote this, he was still in office however there are still plenty of world leaders, that fit this bill, that are still in power”. Often songs with a political message can be cryptic however there’s none of this here, Franziska is brutal and clear and doesn’t mince words.

The song “Wondering” is an R&B, Soul inspired track with a great groove that just oozes energy, without doubt one of the albums highlights. Loos’ vocal performance is strong and ties all of the tracks diverse elements together in a spectacular way. Of special note is Vincent Dombrowski’s solo that channels the ghosts of Ornette Coleman and Albert Ayler laid down over a drum groove by Lukas Schwegmann. Franziska describes the following track “This Time” as an “uplifting latin jazz tune”. This track is perhaps one of the more commercial tracks on the album with trumpet player Ruven Weithoener providing an exceptionally well crafted solo. However, once again, it’s Loos’ vocal performance, that fully demonstrates her technical dexterity, that stands out.

Franziska mentioned that the album does contain one song about love, however makes no excuse that it’s a song about a relationship gone bad, in fact, she described this song as an “odd-meter break-up song”. Although written in a compound time signature, this track grooves yet also reaches unapologetically into the realm of the avant-garde. Once again Loos delivers a vocal performance demonstrating a sense of pure intonation rarely heard. Of special note on this track is Yannick Glettenberg’s Baritone solo the explores the full range of the instrument.

The title track “Generation Anything” is described by Loos as a “socially critical jazz ballad”. Featuring a narrative style vocal, Franziska points to a privileged generation that is “… Fighting to fight for something to fight for”. Franziska explained “I’m part of a generation that had all of the opportunities and doors opened for them yet, very few have used this privilege to tackle the truly important issues facing the globe. To be honest I was fed up and wanted to make the point.” This track is slow, almost painfully slow, yet this adds to the tension. Christopher Olesch expands on this with the use of likewise vibraphone and fender rhodes ranging from subtle saturation to full on distortion.

The album’s final track “Insecure Highachiever” is as Franziska says “… a comment on the corporate culture and the effect it has on employees”. This track is the closest thing we have to a pop song on this album and closes out the album literally on a high note!

With her extensive vocal range, sense of timing and stunning intonation, Franziska Loos has demonstrated on this recording that she is already a force to reckon with. The release of this album will hopefully make this clear to the rest of us.

Franziska Loos “Generation Anything” will be released on CD and all digital streaming platforms on 16.9.2022