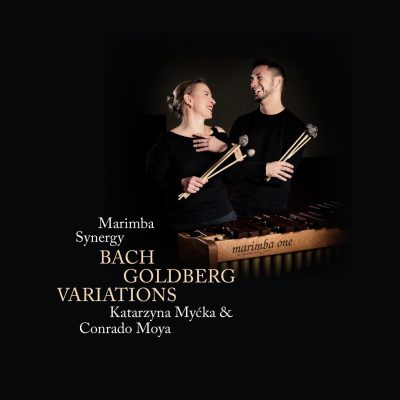 The 21st century is proving to be complicated as far as questions of faith are concerned. Religions have become radicalized and our societies have lost their sense of values, making belief in anything at all difficult. In contrast to this, idols of a day are set up only to be dethroned the very next day to make way for a new object of worship. In a world where faith walks on unstable ground, one stumbles upon the work of Johann Sebastian Bach and, suddenly, something transcendent occurs: the music betrays a quality that goes beyond time and limits, beyond creeds and languages. A purity and a beauty in the music elevates the spirit into the realm of the extraordinary and brings us closer to the greatness of something not of this world.

A profound Christian, Bach’s works can be seen as a glorification of that God in whom he so fervently deposited his faith. Interestingly, it is in his church music and, above all, in the instrumental works where the listener is most moved by that profound faith. And that is exactly what happens with the Goldberg Variations.

Written in 1741 as the fourth and final part of his Clavier-Übung, they were created with apparent simplicity for the practice of the two manual harpsichord and were dedicated „to music lovers, for their entertainment and pleasure.“ Bach’s biographer, Forkel, desired to trick out the commission of the Variations with a delightful story, whereby Russian ambassador at the Saxonias court of Dresden, Count Hermann Carl von Keyserlingk – partly responsible for Bach’s appointment as composer to the court of Saxony – supposedly asked the composer for pieces that would enable the court’s harpsichordist, the young Johann Gottlieb Goldberg (an outstanding disciple of Bach’s, who would give his name to the work) to entertain him on sleepless nights, in exchange for a cup containing a hundred Louis d’or, an exorbitant amount equivalent to a year’s salary. „The keyboard pieces were to be so gentle and yet lively that they would cheer him up a little during his nights of insomnia,“ are the words Bach’s biographer, Johann Nikolaus Forkel, puts into the mouth of the Count. How­ever, there is no truth in this. The Variations are merely etudes, superior to most masterpieces it is true, but notwithstanding just etudes.

A very simple aria – a sarabande in 3/4 time of scarcely 32 bars – serves as a reference for 30 variations that use the bass line – the melody of which is a traditional theme – to build different harmonic variations from it. The Variations have been analyzed on numerous occasions. Wikipedia or superficial Googling make available wonderful summaries of the structure and details of all of the Variations to anyone who is curious. These studies contribute to the vertigo that one experiences on realizing the perfect symmetry of the work, the sublimity of the design, the perfect equilibrium and the wonderful proportions that it contains. This sense of vertigo is similar to what one feels when discovering fractals in nature, or the golden ratio, or the number π, and one begins to speculate on whether a superior being may have organized the universe.

But if Bach specifically refers in the score to the two manual harpsichord as the appropriate instrument for the interpretation of the Variations, and what we have is an almost divine creation, the question arises: why adapt it to an instrument for which it has not been conceived? The answer is because there is no such „adaptation.“ Because in the version that you have in your hands no single note is missing, nor added, nor a single intention of the composer left out; the parts of the two manual keyboard being shared by the two marimbas. Furthermore, the marimba‘s ability to vary the power of the sound according to the force applied to the slats gives rise to a greater expressive capacity than the harpsichord. Moreover, the versatility, the delicacy, the subtlety and the ethereal quality of the sound of the marimbas raises us up onto that spiritual plane that is such a feature of Bach‘s music. Small miracles do occur.

Critics have given the internationally renowned marimba virtuoso and chamber musician Myćka the sobriquet “she who dances with the mallets”: “the greatest fluidity”, “perfect mallet technique,” and a “marvelous, rhythmic precision” are characteristic for the musician, who is able to simultaneously produce up to six tones on her concert marimba with the sixty narrow wooden bars and resonance pipes.

Expert circles testify to the “extraordinary richness of tone quality” and “fascinatingly broad palette of musical effects” that the marimba, which is rarely heard as a solo instrument, produces under the whirling mallets of the musician from Stuttgart with Polish roots. Audiences are also enthralled by the artistic elegance and dance-like energy of her playing.

After receiving training in piano and drums, the artist born in 1972 discovered the marimba as her “ideal medium for musical expression” while studying at music academies in Gdansk, Stuttgart, and Salzburg. Since the winter semester 2018/2019 Katarzyna Myćka is appointed as a professor at the St. Moniuszko Music Academy in Gdansk, Poland.

The artist won numerous prizes and awards at international music competitions: in 1995, first prize and audience prize at the International Percussion Competition Luxembourg for Marimba Solo, one year later first place at the First World Marimba Competition Stuttgart. Then followed stipends and invitations to master courses in the United States, Asia, and various European countries, through which the young musician soon developed a network in the music scene.

Appearances as a soloist at the most important marimba festivals (Osaka 1998, Linz 2004, Minneapolis 2010) and with well-known orchestras all over the world (Stuttgart Philharmonic Orchestra, Beijing and Bochum Symphony Orchestras, RSO Luxemburg to name a few) make Katarzyna Myćka one of the leading pioneers of her still young instrument today.

The concert marimba has only existed in its current form since the mid-1980s. Katarzyna Myćka, who was honored by the Polish Percussive Arts Society in 1999 as “Ambassadress of Polish Percussion Art,” emphatically promotes the popularization of the marimba. For her, this includes a commitment to training young players and participation in juries at international competitions, but in particular the International Katarzyna Myćka Marimba Academy (IKMMA), which she established in 2003.

The artist’s multifaceted solo program includes not only transcriptions of the works of Johann Sebastian Bach or Sergei Prokofiev, but also original compositions by younger composers such as Emmanuel Séjourné or ­Anna Ignatowicz-Glińska. The artist has in the meantime recorded a cross-section of her repertoire on nine CDs.

Katarzyna Myćka dedicates “a lot of time and enthusiasm” to collaborating with composers who “explore and understand the special and marvelous sound of the marimba.” In this, the guiding principle, says the musician to whom numerous concerts and chamber music works have been dedicated, is “musical trust.”

The marimba soloist Conrado Moya is one of the most relevant interpreters of the instrument in the world today. He has been acclaimed for his extraordinary technique and expressive power, as well as for his total commitment on stage.

Conrado Moya studied music at the conservatoire in Alicante (Spain), his hometown. While attending classes there he also received tuition from the soloists Sisco Aparici in Valencia and Katarzyna Myćka in Stuttgart. Later, Moya continued his studies in the Hanns Eisler Hochschule für Musik in Berlin under the guidance of the soloist Li Biao. By that time, he had already gained recognition with awards such as First Prize at the University of Cordoba’s International Marimba Competition, the Honorary Award of the Alicante Concert Society’s Musical Interpretation Competition, and the Musical Interpretation Scholarship awarded by the association Pro-Música Amadeo L. Sala, which mentioned his outstanding musical qualities and his work and commitment to the future of his instrument.

Since then, Moya has performed as a marimba soloist all over the world in solo recitals, and as a soloist with orchestras, concert bands and choirs. Likewise, he has been a frequent participant in significant events, such as PASIC (Percussive Arts Society International Convention) in Indianapolis, the Guatemala International Marimba Festival, the Chiapas International Festival for Marimba Players, the International Mercedes-Benz Music Festival in Shanghai and the Fair Saturday solidarity movement. In the field of chamber music, he has performed with ensembles such as the Li Biao Percussion Group and Marimba Quartett. All these commitments have led to performances in important concert halls in Europe, Asia and America, including the Stuttgart Liederhalle, the Teatro Colón in Buenos Aires, the Teatro Julio Mario Santo Domingo in Bogotá, the Sala São Paulo in Brazil, the Oriental Art Center in Shanghai and the National Center for the Performing Arts in Beijing, among others.

Conrado Moya is firmly committed to the development of the marimba and to extending the public’s awareness of the instrument. To this end, he has worked intensively in the creation of a new repertoire for marimba together with composers from all over the world such as Christos Hatzis, Anna Ignatowicz-Glińska and Arkadiusz Kątny, and with special attention to those from his country such as Ferran Cruixent, Albert Guinovart, Tomás Marco and Lorenzo Palomo. He has also worked on transcribing and re-interpreting – through the sound of the marimba – great classical works ranging from J. S. Bach to Joaquín Rodrigo. One of the fruits of all this work was Silentium, his first solo album for marimba. Simultaneously with his creative work, Moya is involved in extensive educational work and is regularly invited to teach in academies and Master Classes in Spain, Germany, Luxembourg, Canada, Colombia, Mexico, the US and Japan, and to sit on juries in international competitions.

Conrado Moya is endorsed by the American marimba maker Marimba One, with whom he has developed his very own marimba mallet series.