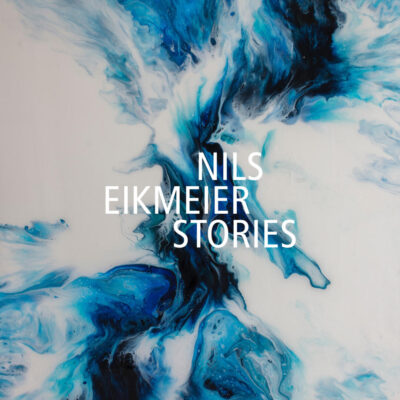 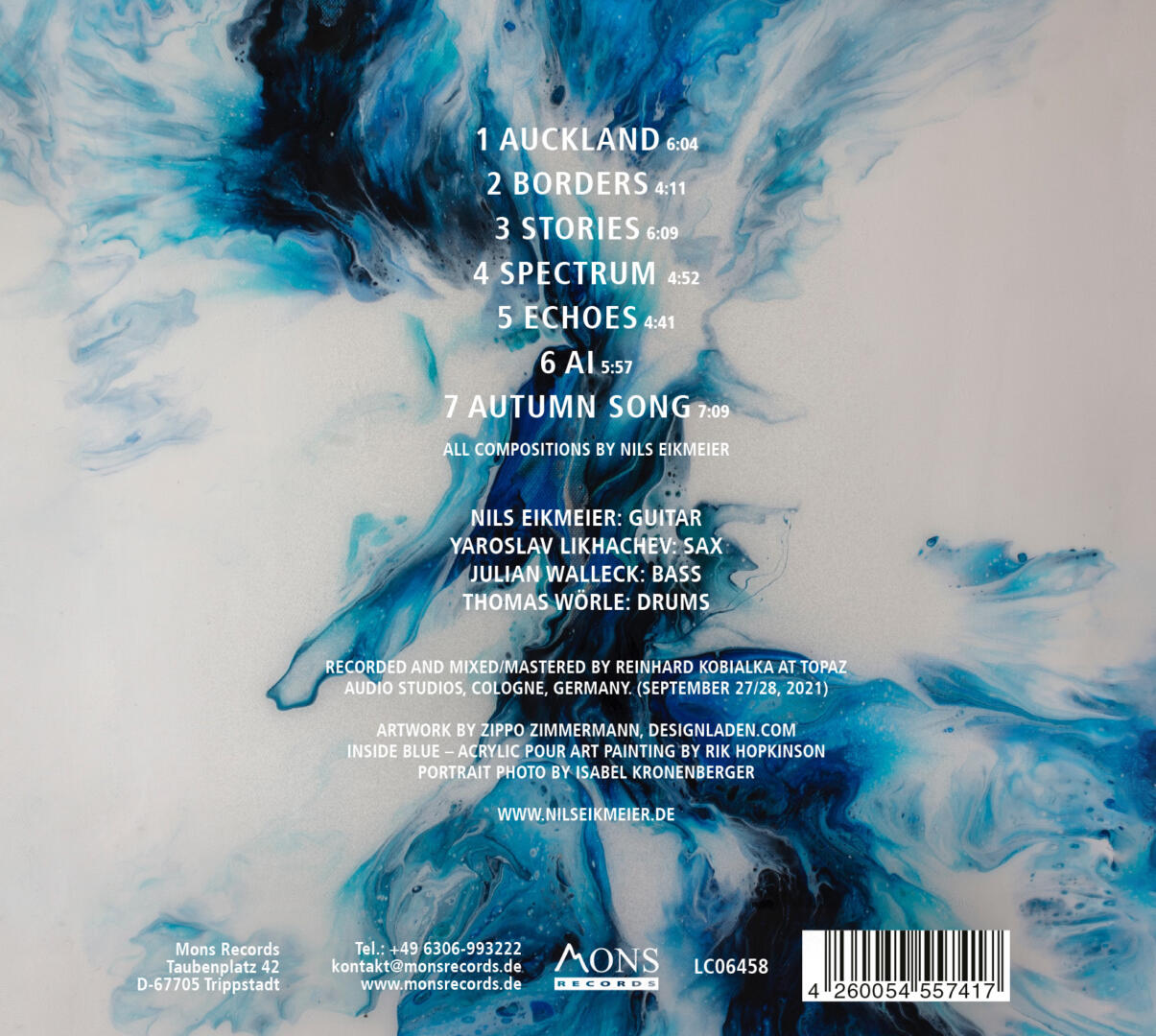 Hier erhältlich
Available here!
Nils studied at the Conservatorium Maastricht and was a student of Edoardo Righini and Joachim Schönecker. In addition, he received lessons from Lage Lund and took part in masterclasses by Peter Bernstein and Robben Ford.

With this song I tried to turn my experiences and inspirations from my honeymoon in New Zealand into music.

On a cold, uncomfortable German winter evening, coincidentally holding my guitar, I remembered how my wife and I, completely exhausted after 36 hours of flying, stepped onto New Zealand soil and were totally flashed by the exoticism, the different light and the strange smells.

In less than a quarter of an hour, “Auckland” was then ready.

Borders is one of the straight ahead jazz pieces on the album. I took inspiration from contemporary New York jazz. My goal in composing this piece was to create a “dark” vibe. In the end, the B-part turned out to be quite cheerful, and now I especially like this contrast between the song parts.

Stories, the title track of my album, is a thoughtful, introspective song. I like the contrast between the almost lovely melody and the quite modern sometimes “toxic” harmonies. I had a lot of fun improvising over these chords and creating musical arcs.

Like Borders, Spectrum is a fairly traditional jazz piece. When composing it, I was inspired by the works of Joe Henderson. I chose the title because the different timbres of the harmonies make me think of a spectrum of colours. The piece also features Yaro and Thomas through a drum/sax battle.

Echoes is the “nostalgia track” of the album. The melody reminds me of the transience and inexorability of time. Musically, the track is strongly influenced by Chick Corea’s “Windows”. In addition, we start “unusually” with a bass solo and the first theme is also played by the bass. Echoes was the last song I wrote for the album and I am very happy that it was finished in time.

AI is a minor blues in 5/4 time. It took me quite a long time to find a title for the piece. In the end I decided on AI because the melody always makes me think of science fiction and robots (for whatever reason …). Something worth mentioning about the piece is that I play with a distorted guitar sound. I really like how the piece develops and the energy level keeps building up.

Autumn Song is the “poppiest” track on the album. My basic idea when composing was to find voicings on the guitar that use a lot of empty strings. This creates the open, wide sound of the guitar chords. For me, Autumn Song captures the melancholy that many days in autumn radiate. Through the frequent key changes of the harmonies, the song creates multi-layered moods somewhere between “happy” and “sad”.