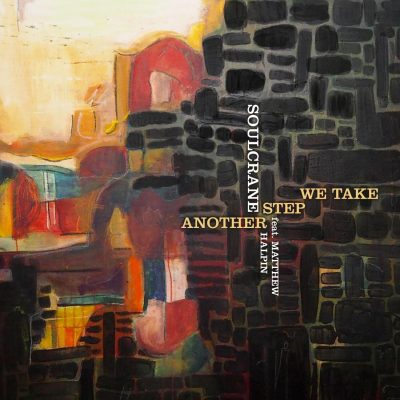 Soulcrane – since the release of their debut album in 2017, the trio has become a synonym for atmospheric chamber jazz of the highest level. The band formed around trumpet player Matthias Schwengler from Cologne in 2015. He got “musically acquainted” with guitarist Philipp Brämswig and bassist Reza Askari during their collaborations in groups like the Subway Jazz Orchestra and the Bundes Jazz Orchester.

Here are three artistic personalities who instantly found a common compositional style. The distinctive individuality of their instruments and the brilliant improvisational skills of each player creates a lively and nuanced tapestry of sounds which flows constantly together into one unmistakable and unique band language. With alternating dialogues, finely crafted melodies and accentuated statements, the playing of the three musicians from Cologne is reminiscent of an intimate yet enthusiastic conversation between good friends. And once again, they illustrate just how forceful the effect of quieter tones can be.

On their second album, “Another Step We Take” (MONS Records), Soulcrane have asked a guest to join them on the studio stage. The renowned Irish tenor saxophonist and Cologne resident Matthew Halpin merges naturally together with the sonic spectrum of his hosts. His sensitive and agile playing style adds a surprisingly different colour to the Soulcrane sound.

An examination of the broad term “relationship” forms the album‘s thematic thread. All nine compositions by the artists analyse the different levels of the most varied relationships in a variety of ways. They form a common theme that elevates “Another Step We Take” into a narrative. Each of the pieces leads deeper into the aural cosmos of Soulcrane‘s stories, and further away from the harshness of the present …