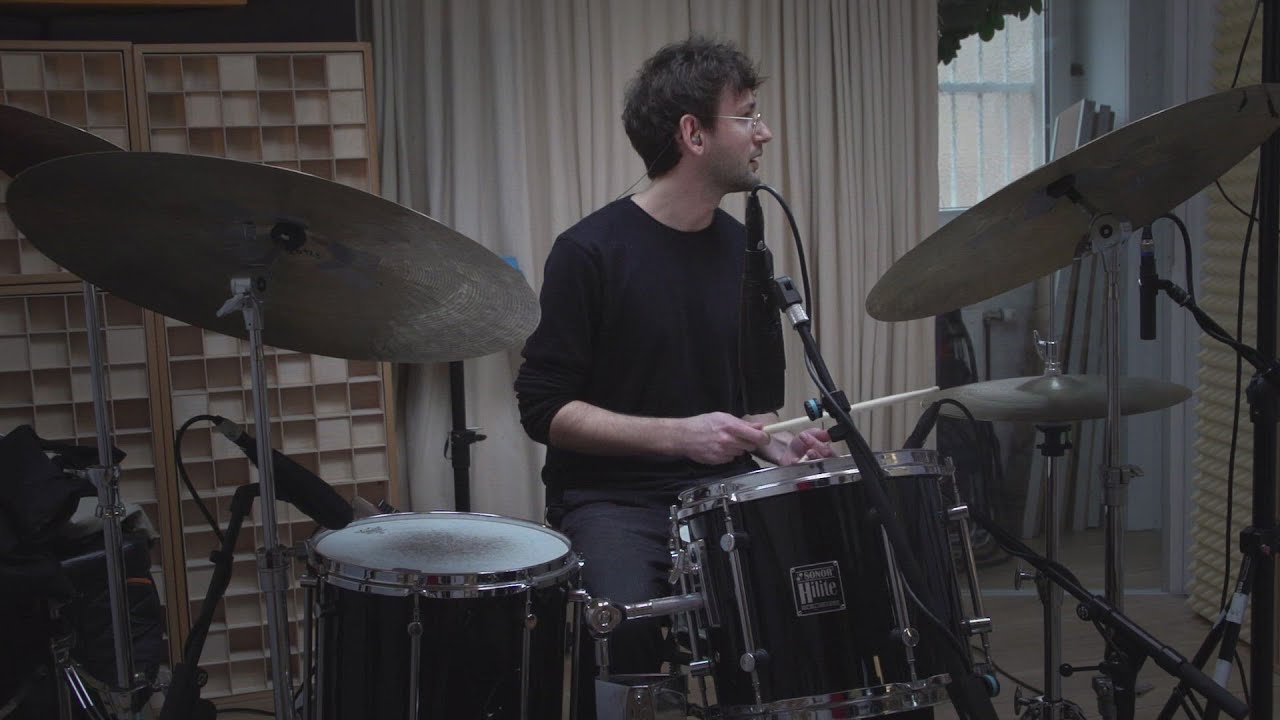 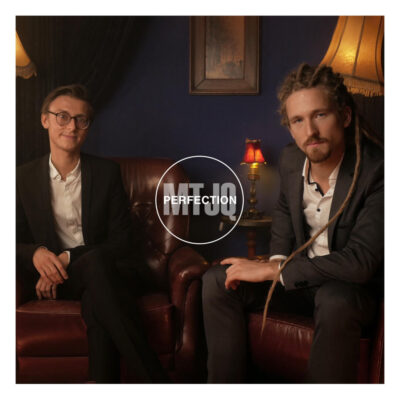 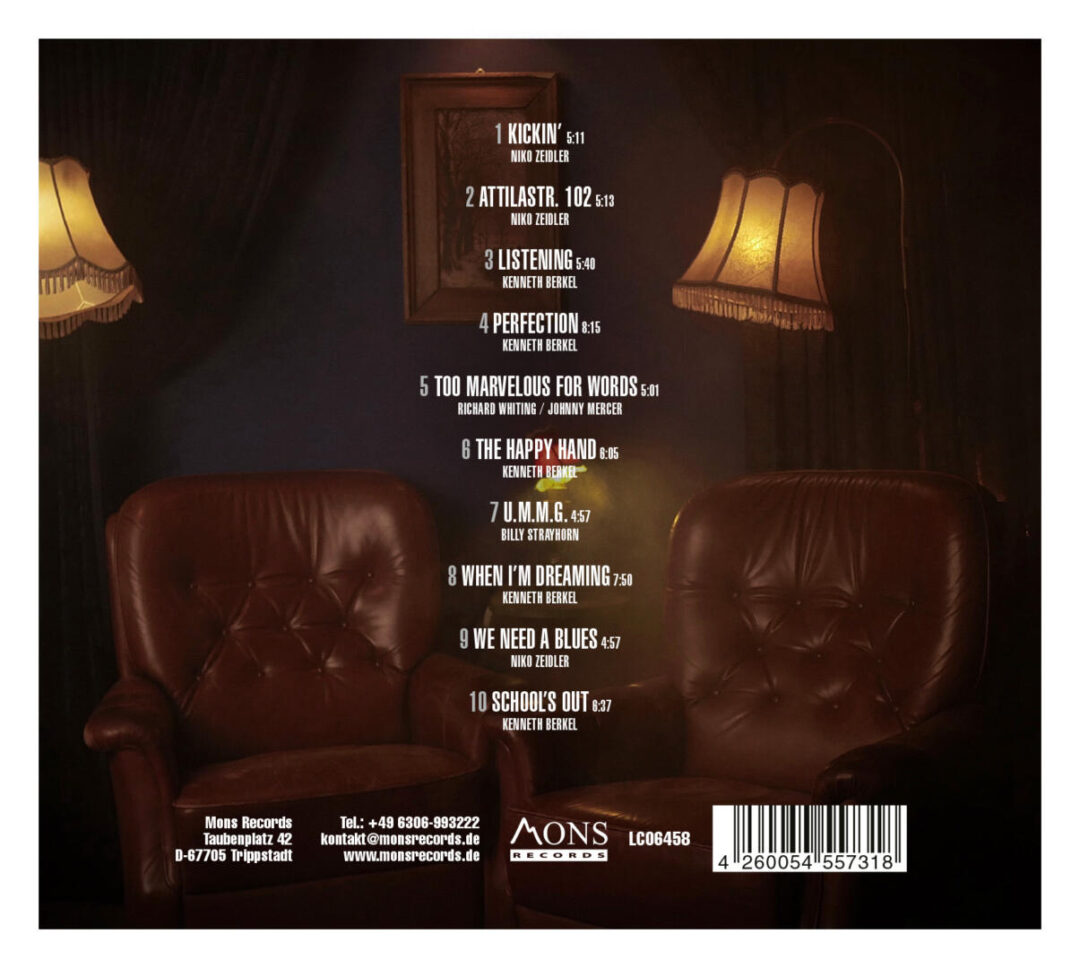 This summer, the Berlin based quartet “MTJQ” will release their debut album titled “Perfection” on Mons Records. MTJQ is led by pianist Kenneth Berkel and Saxophonist Niko Zeidler along with Alex Will and Johannes Koch on bass and drums. The quartet’s repertoire is stylistically rooted firmly in the jazz tradition while at the same time looking forward. “Perfection” delivers 10 tracks with a combination of original compositions, written by the two leaders, and arrangements of the classic Strayhorn track “U.M.M.G.” and “Too Marvelous For Words” written by Johnny Mercer and Richard Whiting.

The album opens with “Kickin'”, a medium swing song that features strong solos from both Zeidler and pianist Kenneth Berkel. With this opening track, the band makes a statement leaving no doubt what this album is all about. The following track,”Attilastraße 102″ poses the question: What does home feel like? This piece written by Zeidler, stylistically looks back to the 30’s and as you can deduce from the track’s title refers to the address where the composer spent his youth. Zeidler said “In this piece we take the listener on a journey into the past, back to the days of my youth.”

The lyrical ballad “Listening” follows with its soulful melody stated expressively by Zeidler. Composer, Kenneth Berkel, explained that this piece poses the question as to whether, in a world full of sensory overload, people still manage to listen properly at all – be it in a conversation, a piece of music or even just the sound of the wind.

The album’s title track “Perfection” is a minor blues that provides space for each of the musicians to solo. Written by Kenneth Berkel who admits “… the title of the track and indeed the album is admittedly somewhat cheeky and is of course to be understood as being a little tongue in cheek.”
As mentioned above, the album includes two standards and the Johnny Mercer/Richard Whiting tune “Too Marvelous For Words” follows. This classic has been covered countless times over the years and the arrangement presented here sets this old classic in modern jacket without losing its old charm.

“The Happy Hand” was written by Berkel during the 2020 lockdown. He admits that a lot of his time in this period was spent sleeping and watching Netflix, however there was also a lot of opportunity to practice and compose. He went on to say “…with all this extra time to practice it almost felt as if my fingers and hands were happy, hence the title.” Set in a straight 8th easy funk feel, this track features strong solos from both Berkel and Zeidler.

The second standard on the album is Billy Strayhorn’s composition “U.M.M.G.” (Upper Manhattan Medical Group). In 1964, Strayhorn fell seriously ill and was in fact diagnosed with cancer. He dedicated this tune to his doctor Arthur Logan. Berkel explained: “Strayhorn’s works have always inspired me. The harmonic complexity and melodic inventiveness of this piece inspired me to write my own arrangement.”

The track titled “When I’m Dreaming” is a ballad that features an extended piano introduction before the band enters to express the song’s theme. The composer, Kenneth Berkel said when speaking about this tune: “When I’m Dreaming is a ballad that attempts to describe the space that exists between dream and reality. It’s like closing your eyes in a quiet moment, turning your face towards the sun and reflecting – is this a dream, or reality?”

“Every record should have a blues on it!” With this in mind, while in the studio the band quickly put a blues together with the logical title “We need a Blues”. The album closes with the track “School’s Out”. This piece is the first movement of a 3 part suite written by Berkel, that deals with the issue of isolation and loneliness. This track with its strong second line groove is the perfect closing statement on an album that will appeal to a wide audience.